“All give some. Some give all.”

This is a popular and well-known quote that floats around the military community and society. I’m not sure who wrote it, or how along ago it was first shared. It’s very true, and in a short and simple phrase, offers a glimpse into the sacrifice required by a military Veteran.

Granted, in the current state of American society, we don’t have an obligatory or compulsory military service, and we are an all-volunteer force. So yes, we sign up for this, and we are well aware of the “occupational hazards” of what we do. But that’s ok; giving back to our great country, and the love we have for our people and citizens, is a risk worth taking. It’s also certainly not for everyone, nor should it be. That’s where so much of the strength and the value comes from in having a standing military of volunteers.  We chose to serve, and we chose to fight, so we serve and fight well.

But just as that saying goes, it comes at a cost; often a very high cost. Some make the ultimate and greatest sacrifice of all, and offer up their lives for that cause. Others of us, aren’t required to make that level of a sacrifice, but our service still often comes at a cost, often a very high cost all the same. Anyone who is deployed in a war zone, has some level of stress, even if they aren’t in an active combat role. Anyone who has been in active combat, leaves something of themselves out on that battlefield, and is forever changed by that experience. For many Veterans, this ends up “taking all” even if they don’t die, as the experiences they live and the changes it causes, severely damages them mentally, emotionally, and physically. Many can’t handle or deal with that mental turmoil and emotional trauma, it takes them from within, and then pushes them over the edge…

The current statistic from the Veteran’s Administration (VA) of the US Government is that 22 Veterans commit suicide every day. We also know that this statistic is a bit low, as not all suicides are reported, and not all states report each suicide to the Federal level to be counted as such. Most Veterans who have served in Iraq and/or Afghanistan over the last 12 years fall somewhere on a spectrum of mental turmoil and anxiety.  Some Vets have little to no effects from their service, while others find themselves at the far end, where the anxiety and trauma have affected them so much, that the only way they can see to deal with these challenges and make them stop, is to end their own lives. They often feel alone, abandoned, afraid, guilty, and desperate – all they want is for the pain to go away. For those of us who do not feel this level of turmoil, we still feel or experience something along this spectrum. In some cases what we feel and our ability to cope, might move along that spectrum for the worse, and a situation can deteriorate into those lost feelings of desperation and hopelessness. Trauma is not a static condition.

This is where Canines With a Cause (CWAC) becomes such a great option and an alternative solution. CWAC offers dogs as full-time friends, companions, and service animals. Research and experience have shown over the years, that canine companionship is a HIGHLY effective way at treating PTSD, and allowing struggling Veterans a way to heal, find hope, and new purpose to their life. Anyone who has ever had a dog, knows the bond and loyalty such an animal can provide. What makes this even more effective, however, is that these loving animals are the perfect friend to someone dealing with this kind of mental anguish; they are a judgment-free friend, and they aren’t worried about what you went through. They don’t care if you changed. They don’t care that you struggle. They don’t look at you as damaged, broken, a threat, unstable, or as an outcast. They simply see a friend. They won’t judge you, and they certainly won’t abandon you. They just want to love you, and get love in return. Many Veterans won’t talk or share their experiences, which causes more damage and deepens the turmoil. They fear the judgement, rejection, and even the lack of empathy to what they are going through. But a dog… a dog, however, is better than any medication that can be prescribed, the best listener, or the best at sitting in silence, and the best at unconditional love.

Cathy King, the founder of Canines With a Cause, has often said “Who Rescued Who?” and it’s such an accurate thought. Rescuing dogs is such a loving, and honorable cause. But rescued dogs savings humans… that might be what we call irony.

James Cottrell and JD “I can’t imagine life without him.” – James Cottrell Veteran, James Cottrell is a great example of a Vet who came to Canines With a Cause (CWAC), needing training for a dog he already had. Many times we get calls from Vets asking if we can help train a dog they already have…

Canines With a Cause would like to thank Larkin Mortuary for inviting us and our veteran/service dog teams to attend their Memorial Day ceremony remembering those who have bravely served for our freedom! For nearly 20 years, Larkin Mortuary in Sandy Utah has held this presentation on Memorial Day so others can pay honor to…

Did You Know? There is a website where you can check charitable, non-profit organizations to make sure they are a registered 501 (c)(3) entity and read reviews posted by donors, volunteers and community members. We receive quite a few compliments on our programs and how we are improving the lives of Military Veterans, abandoned shelter dogs and female…

Canines With a Cause is excited to let our friends know about a way you can support our programs while you are doing something you probably already do—Shop Online! Just in time to order something Special for Mother’s Day, shop thousands of online stores, names you already know and love! From gifts, sports, pet supplies,… 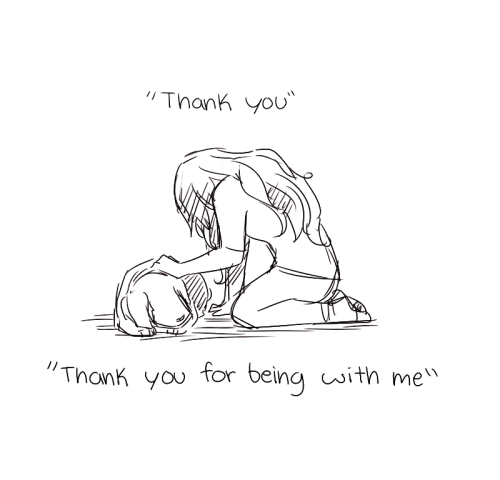 Here is a lovely illustration of our lives with our best fur friends: hello, goodbye and everything in between: (You may need to break out your tissues for this one) http://www.orvis.com/news/dogs/an-artists-remarkable-sketches-of-scenes-from-an-emotional-life-together-with-her-dog/