Most us have never been, and will never go to prison; it’s a place we’ve only seen on TV or in the movies. My only trouble with the law was a speeding ticket over ten years ago. It’s not somewhere any of us plan on going, yet that’s where I found myself one day because of a dog. I work with Canines With a Cause, and I needed to pick up one of our Pawsitive Healing program dogs to take to the veterinarian. Honestly I’d avoided going to the prison out of fear of the unknown, and the thought that I might not like what I saw. Everyone in our program had told me how amazing it was to watch these female inmates with the dogs, how loving they were, how humble they were for this gift, and how much the dogs loved them back. But I had my doubts. So here I was, standing in front of the prison that I’d only ever seen from a distance. The iron gate with a border of razor wire, began to open with a hard, heavy, clank. It retracted back slowly allowing me in, and I wouldn’t come out the same.

In April 2014, we began our Positive Healing program at the Utah State Prison. Currently we have 6 of our dogs at the prison. We partner dogs that we’ve rescued from a high kill shelters with female inmates. The female inmates have been chosen by the prison based on good behavior and other requirements, to ensure the dogs safety. Before we took the dogs in, the women spent time working with our trainers, learning the basic skills of training a dog. The inmates and dogs, attend two training classes a week with CWAC staff, constantly building and advancing the dog’s training. The dogs will stay in the prison for about 9 months, training to be service dogs for a Veteran suffering with Post Traumatic Stress Disorder (PTSD), Traumatic Brain Injury (TBI), and other emotional scars of war.

The dogs spend 24 hours a day with their two inmate “moms,” and sleep in their very small dorm like quarters. At first you might wonder as I did, is this good for the dogs, is it safe, why do they have to go to prison to train? I put my trust in our Director Cathy King, knowing she’d done her homework. She explained to me and everyone else with doubts, that the dogs get constant loving attention and training from the inmates. They also get exposure to a number of different situations, since the women take them almost everywhere with them. These types of situations make them a much better service dog in the end.

Studies have shown the positive effects dogs can have on incarcerated people, their relationships with other inmates, and the relationships between prison staff and inmates. There are many programs like ours in other states around the country; this is because training a service dog can be an extremely expensive, time intensive project, and these dogs are in high demand. People now realize how life saving, and life changing these animals are. Having inmates train service dogs is a cost effective, and time saving approach to get these dogs trained and into a deserving home.

“It’s changed the whole atmosphere here. The girls are calmer, there have been no fights since they arrived. It used to be so chaotic with all the arguing. Now there is a noticeable difference,” inmate Valeen Sanchez told the Deseret News, in a recent interview regarding the program. Other inmates and guards have also seen the positive effects not only on the inmates that are training the dogs, but on everyone that interacts with them.

“The cellblocks where the dogs live have been better behaved; there’s a joy and lightness in the air wherever the animals go; hardened criminals get down on hands and knees to play with the dogs, while guards stop by the cells to help or say hello,” said Corrections Capt. Maryann Reding to The Salt Lake Tribune in an interview.

This program also gives the inmates a skill that they can use when they leave prison, which is a huge incentive. These female inmates in our program love the idea that they are able to give back to the community, and to our Veterans. They know nothing will absolve them of their crimes, but giving back matters to them. “It gives us something in here that is a very valuable service for someone else on the outside,” said inmate Reggie Peck in her interview with the Deseret News.

So back to my visit to prison…. After I made it through a total of four gates and passed a stern looking prison guard who made me feel guilty for that one speeding ticket years ago, I finally found the housing unit that has three of our dogs. Again I started to panic. Would I be yelled at, called names, stared at? After all, I was the outsider here. My plan of action was to just smile like an idiot. I figured if I just smiled, then no one could take that the wrong way. As another door opened allowing me into the housing unit, I was pleasantly surprised. The building was bright and open, with inspirational quotes written on the walls. At first I didn’t see anyone and then a female guard stepped out of the office, with windows so dark you couldn’t see in. She could obviously see out of those dark windows, could she also see the fear behind my eyes? Fumbling to find my words, I told the guard why I was here.

The guard led me to the inmate’s cell that had our dog, Star. Two women greeted me with smiles, telling me all about Star, and how much they loved her. They asked me to have the vet check this and check that, like new moms doting over a child. There I was, standing in this tiny cell with bunk beds, a toilet, two female inmates, Star and the guard. I had not planned on this, I definitely didn’t think I’d be in a cell. As they spoke, I couldn’t help but notice the pictures of their families and friends they’d put t up on the wall, I tried not to stare. I was amazed at how nice they were being to me, allowing me to come into their home, stand in their bedroom/bathroom, be a witness to their life, a life they’re probably not proud of. Yet they were doing something about that now, by being involved with this program.

They were sad to see Star go even for the day, saying they were going to be lost without her. I was instantly calmed, knowing how much they cared about this sweet and sassy dachshund mix. I walked out from the housing unit and into the yard with Star, who strutted around like she owned the place. I saw an inmate in her red uniform walking towards us, and I wasn’t exactly sure what to do. And then the inmate smiled and said, “Hi Star, you’re so cute,” bending down to greet her. “Do you mind if I pet her?” She asked me.

“Not at all,” I said smiling back.

“We love having them here, it’s so great. Thank you,” she said.

“They are pretty amazing,” I said, and we walked our separate ways. Without having Star with me, this woman and I probably wouldn’t have spoken at all.

Star and I walked out of the prison, through all the iron gates, and got in my car. I put the keys in the ignition, my hands shaking a bit. I let the air conditioner bathe us both. Star put her pointy, little nose up to the cool air coming out of the vent and sniffed curiously at it. I looked up at the prison, which didn’t look quit so scary anymore. I was thankful I was able to leave this place, though now I wasn’t afraid of coming back. I learned a lot that day about prison, myself and that I had something in common with these women; love. We all have the ability to love, and we all need love in return, dogs, veterans, inmates, and me.

CWAC Program Overview   P a g e | 1 Canines with a Cause (CWAC) is a non-profit organization dedicated to the mission of developing programs to assist individuals in gaining independence through the process of training a dog. Dogs in the program are not considered service dogs until they have completed all levels of…

Canines With a Cause April 2016 Newsletter

Canines With A Cause March 2016 Newsletter

Did You Know? There is a website where you can check charitable, non-profit organizations to make sure they are a registered 501 (c)(3) entity and read reviews posted by donors, volunteers and community members. We receive quite a few compliments on our programs and how we are improving the lives of Military Veterans, abandoned shelter dogs and female… 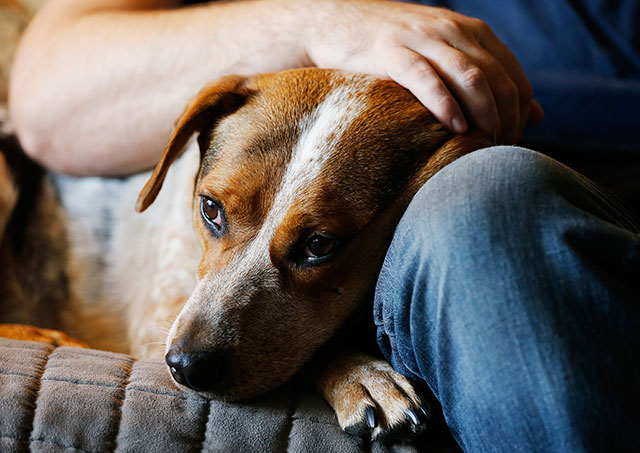 This is a question I often ask myself. If you are interesting in exploring more options after reading the article please do some of your own research here, http://www.moneysupermarket.com/pet-insurance/ . Carrie Boyko offers some good advice on the issue in the following article: The first point to make is that when looking at pet insurance comparisons, there…

Canines With A Cause is fortunate to have locally owned businesses sponsor our programs. This month we’d like to give big thanks to Ma & Paws Bakery and Old Farm Pet Resort. Stop in and check out their products and services, we think you’ll be impressed! Ma & Paws Bakery  1227 E. 3300 S. SLC,…